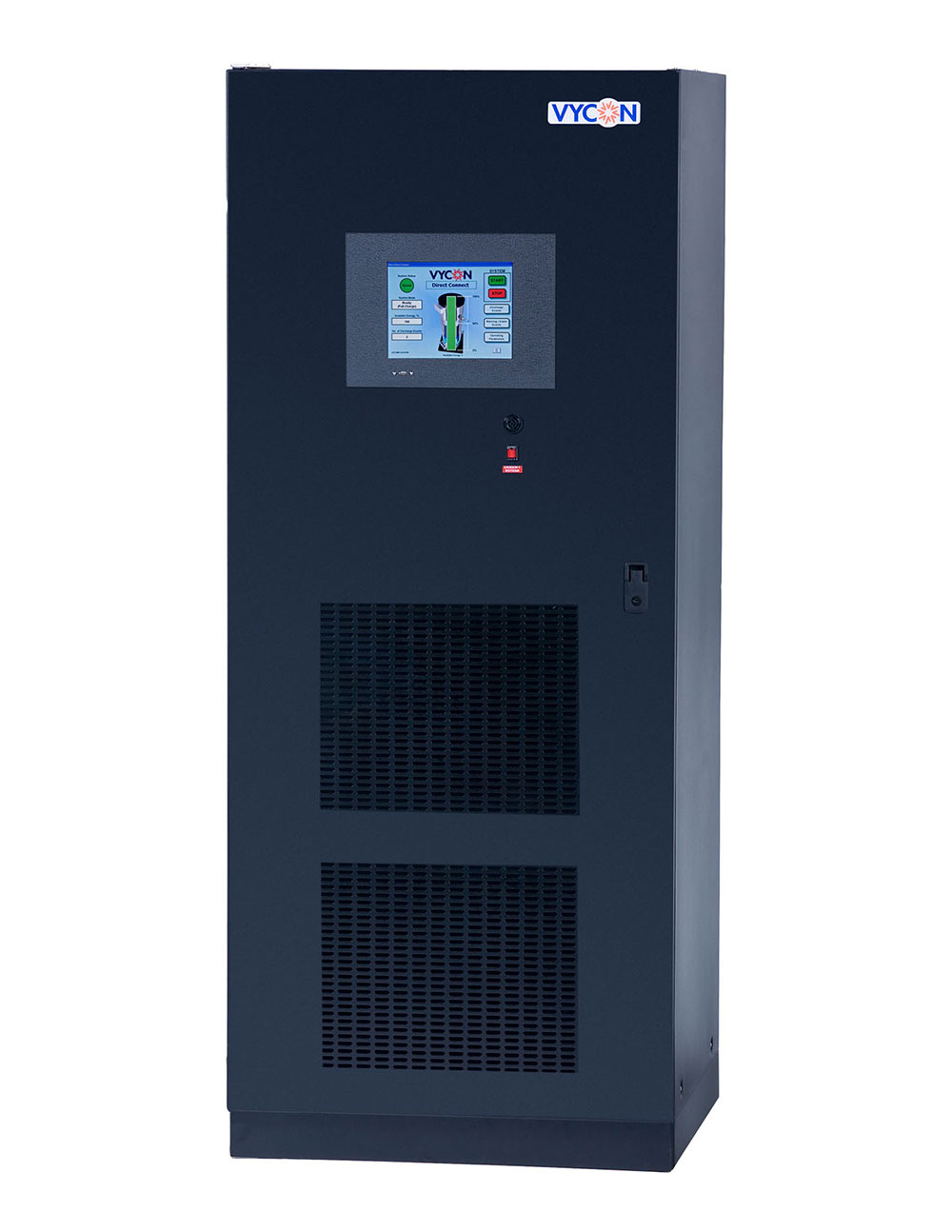 The VYCON Direct Connect (VDC®) system stores kinetic energy in the form of a rotating mass and is designed for high power, short discharge applications. The patented technology within the VDC system includes a high-speed motor generator, active magnetic bearings that are used to levitate and sustain the rotor during operation, and a superior control system that can provide information on the system performance. These innovative technologies enable the VDC to charge and discharge at high rates for countless cycles making conventional technologies like batteries obsolete.

VDC kinetic energy storage systems work like a dynamic battery that stores energy by spinning a mass around an axis. Electrical input spins the flywheel hub up to speed, and a standby charge keeps it spinning 24 x 7 until it is called upon to release the stored energy. The amount of energy available and its duration is proportional to its mass and speed squared. For flywheels, doubling mass doubles energy capacity, but doubling rotational speed, quadruples energy capacity, thus giving VDC a significant competitive advantage.

Batteries are the weakest link in the power infrastructure chain. While batteries may appear to be the most economical energy storage solution for UPS applications, they are a bigger drain on your resources then you think. And, even after spending time and money to…

VYCON Systems Save Resources (Even Batteries)

If used in the place of batteries, VYCON systems save the time and costs associated with battery storage, maintenance and replacement. If used in parallel with batteries, the VYCON energy storage systems become the first line of defense against power anomalies – saving the batteries for prolonged power outages, thus significantly increasing battery life by absorbing over

98% of the discharges that would have normally caused the batteries to be cycled. High cycling is one of the main causes of premature battery end of life. 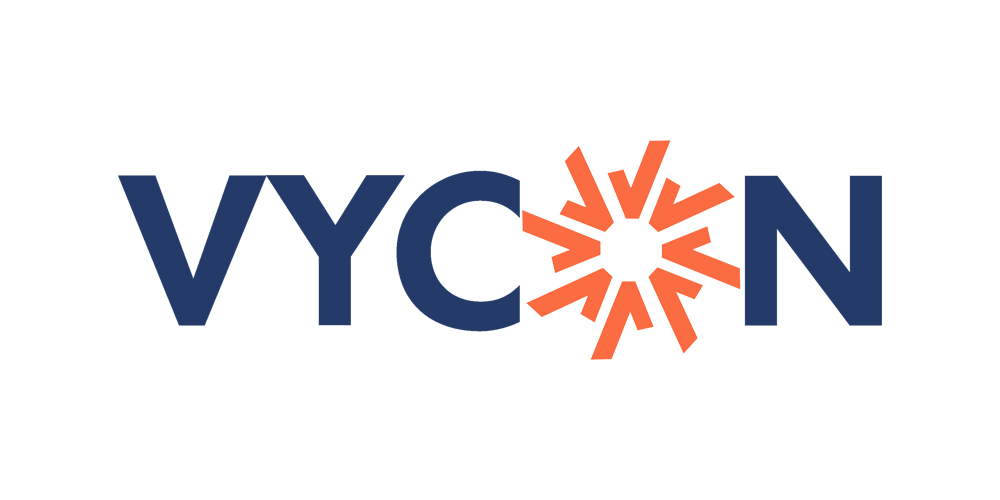